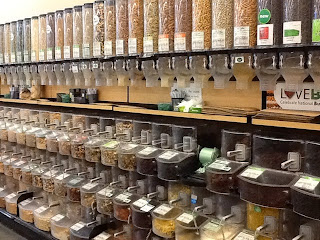 What do you think of when someone says "co-op"? I'm guessing that many people think "food co-op", a smallish store that smells a bit funky when you walk in. One that has bulk bins of dried beans, and sells several kinds of tofu and vegan cheese.

When Chuck and I stopped in at the Northampton, MA Chamber of Commerce this week to ask about co-ops in the area, that's all the staff knew to tell us about, the local food co-op. They didn't know about any others. (We knew there were others, but we were sort of testing them to see what they'd say. More on this later.)

We began our self-directed MA Co-op Tour by visiting River Valley Market, a food co-op located at 330 N. King St. in Northampton. We drove up and said, "Whoa!" 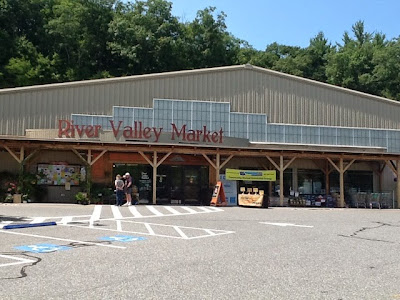 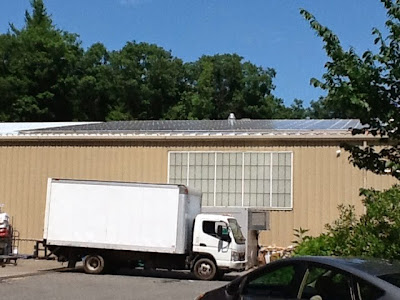 River Valley Market has over 6,600 members! It's what is called a member or consumer co-op. Anyone can join and become a member-owner by buying a member equity share, for a one-time cost of $150. You don't have to be a member to shop there, but by becoming a member, you are taking on some ownership benefits and responsibilities. You can vote in board elections, run for a seat on the board, take advantage of weekly member-owner sales, discount prices on bulk purchases, AND you are eligible for patronage dividends in profitable years. You don't have to work at the co-op. They have about 100 employees on staff who take care of daily operations. (More on that below.)

We spoke with manager Rochelle Prunty who gave us the history of the co-op. The current green store opened in 2008. Right now, about 30% of their products are locally produced or grown. They carry items that members want to buy. The market is a member of the National Cooperative Grocers Association (NCGA) which is a co-op of co-ops, actually. All of its members are independent food co-ops in the US. You might be familiar with the "co-op stronger together" logo if you shop at a NCGA member food co-op. That's from the NCGA's consumer-facing website: strongertogether.coop.

(Someone else told us that NCGA mostly serves larger food co-ops, whereas most of the smaller ones in New England are members of the Neighboring Food Co-op Association. We are beginning to learn why there are so many organizations that serve co-ops: co-ops have different needs depending on their size, age, type and service.)

We asked if River Valley Market has any worker-owners. It does not. We later learned that some food co-ops have workers that are unionized or working towards unionization, and that these efforts have not been entirely smooth. You might wonder, why would an employee at a member-owned food co-op want to join a union? Isn't a food co-op an idyllic place to work as it is? It sounds like employees at food co-ops run into the same kinds of issues that employees at any other grocery store come up against, and many are forming unions to help address these issues.

It turns out that the employees at River Valley Market unionized in 2012, and that management voluntarily recognized the union, as reported in a Valley Advocate article found here. So hopefully that is helping everyone benefit from the member-owned food co-op, member-owners and employees alike.

In a future post, I'd like to discuss member/consumer co-op vs. worker-owned co-op, but let's get back to our River Valley Market tour. 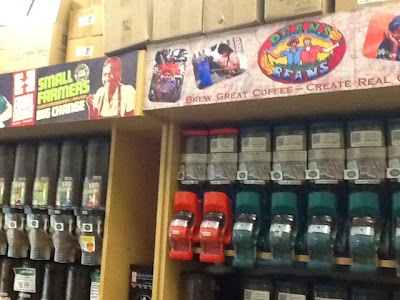 Another item River Valley Market carries is Katalyst Kombucha - on tap! (I will write about our visit to Artisan Beverage Cooperative, the people who make Katalyst Kombucha, in a later post.) You pay by weight. Fresh and brilliant! 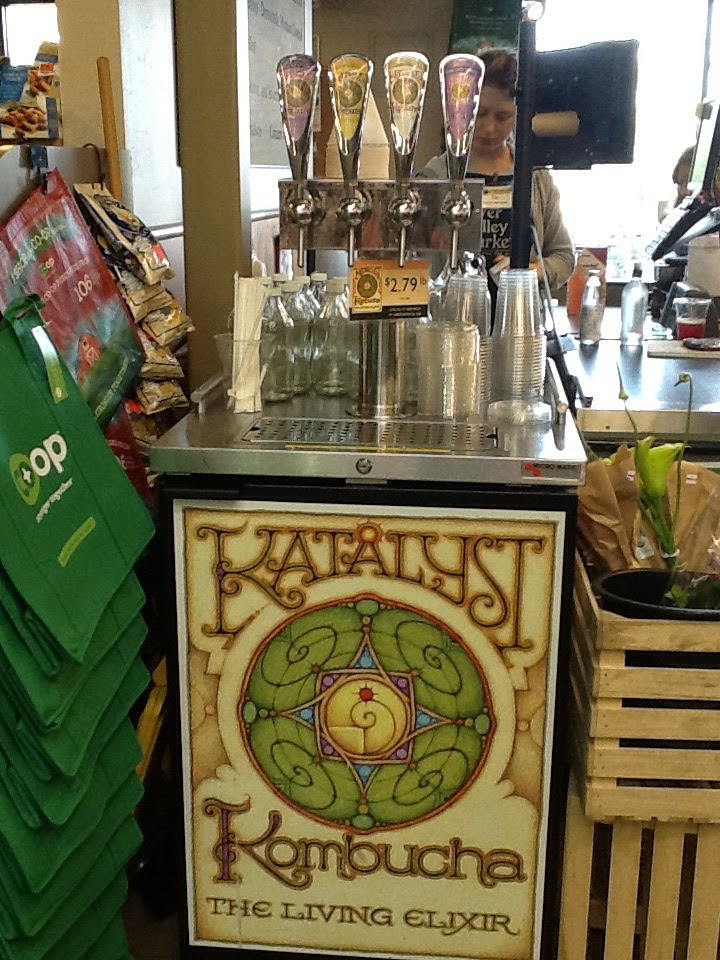 River Valley Market has a kitchen called Quarry Cafe, which makes breakfast items, including many "made without wheat" baked goods, sandwiches and hot dishes, all from scratch. They also have a catering menu.

If you live in the Northampton area, you are fortunate to have this established, beautiful food co-op in your community.