On a Saturday in late December, I had a chance to make a pilgrimage to the Equal Exchange Cafe on Causeway Street in Boston, a stone's throw from the TD Garden. While I sipped my decaf mocha and munched on Vietnamese fresh rolls, the foot traffic into the intimate cafe continued at a heavy pace. Its five tables and window counter seats turned over a few times during my visit.

Last week was the cafe's 5th anniversary. They have another location in Seattle. The Equal Exchange mission statement is prominently displayed, and recognizes "the contribution of worker-cooperatives and Fair Trade to a more equitable, democratic and sustainable world."

I asked my barista if he was a worker-owner, and he said he is not on track at this time to become one. He recently graduated from college, and isn't sure if he will stay in the area. But if he does, he said it would make sense for him to get on the worker-owner track. Another employee I spoke to is working towards becoming a worker-owner.

My next research stop will be the Equal Exchange headquarters in West Bridgewater, MA. Next time you find yourself near Boston's North End, stop in and enjoy a Fair Trade cup of coffee. 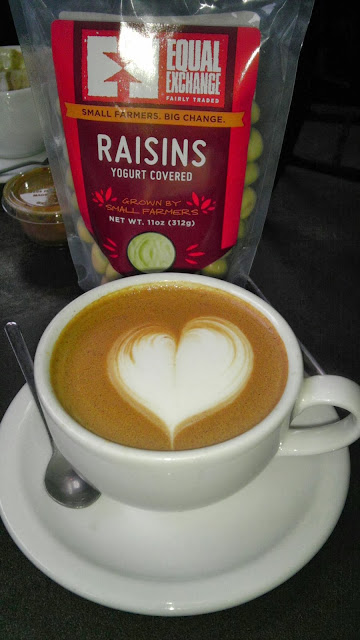 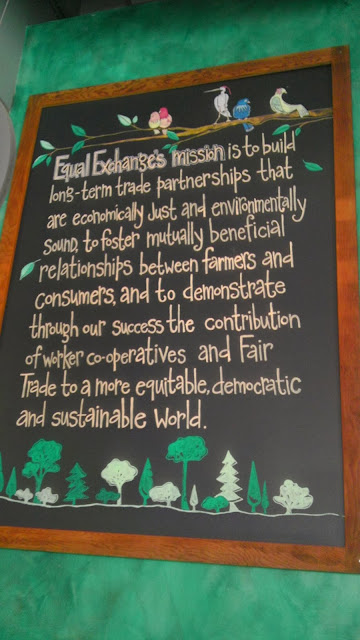